Leafing through old photos in the archives of the Stuart A. Rose Manuscript, Archives, and Rare Book Library at Emory, I often find it difficult to identify their places and dates — not to mention their many anonymous faces. Occasionally the photo backs will have that information, but most of the time there is nothing. And sometimes what I do find on the back of a photo creates more puzzles than it solves.

Take this photo, for instance.

Shot sometime in the late 1800s, the photo has no identifying inscription. The fancy wood trim on the porch, however, resembles the trim on a house that appears in Erik Oliver’s book about Oxford in the Images of America series (Arcadia). Professor George W. W. Stone, one of the earliest graduates of Emory College and for decades afterward a member of the faculty, owned this house, which passed down through the generations of his family.

Both clapboard houses have the same wood trim around the porch, but you’ll notice that the house behind the students has more windows than the Stone House. Actually, the house with the students more closely resembles the front of the President’s House, shown below and in this “Emory History Minute.” The President’s House now serves as the official home of the dean of Oxford College. 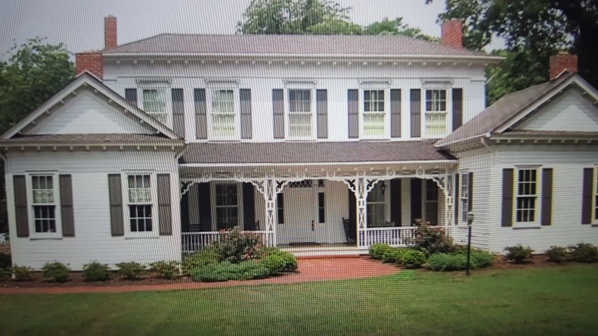 The number of windows matches those in the photo with the students, and the porch trim is the same — perhaps made by the same craftsman, as the houses were both built in the 1830s. But the wings of the President’s House, added in the 1840s, don’t appear in the much later image with the students. The roof line in the image with students also lacks the dentils that appear under the roof line of the President’s House. All very curious.

When I showed the photo of the students to Kathy Shoemaker, reference coordinator in the Rose Library, she remarked that they resembled a group of SAE students she’d seen. When I looked in the SAE photo files, behold — there were the same students in a similar pose on the same porch, photographed around 1900. On the back of the photo was written, “SAE students at Alexander Means house.”

So yet another house enters the mystery.

Alexander Means bought Orna Villa, his Oxford house, some eight or nine years after it was built in 1825. The house has the right number of windows, but unless the photo was taken on the back porch, Orna Villa’s front is very different from the front of the house in the students’ photo. 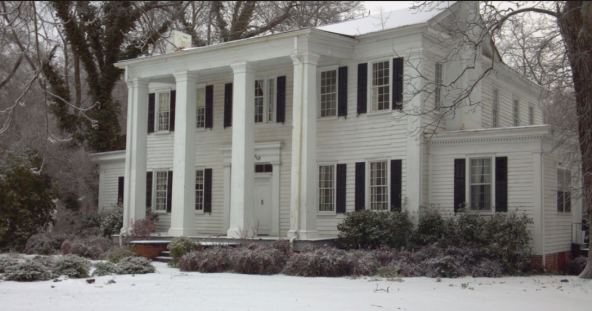 For me the evidence is inconclusive—I can’t tell where those students posed for that photograph sometime around the turn of the nineteenth century to the twentieth. But I do take one lesson from these photos. Any of us who still actually print photographs and collect them in albums or drawers should always take a minute to write on the back their dates and locations and the names of the people in them. I’m going to my collection with a Sharpie right now.