Oxford College of Emory University has flourished over the past three decades and is now, more than ever, a sparkling jewel in the Emory crown. It is also unique in American higher education–a two-year college completely integrated into a major research university.

Many people are unaware, though, that Oxford College was not Emory’s first two-year division. That distinction belonged to a campus in Valdosta, Georgia, about ten miles from the Florida border and nearly 250 miles from Atlanta.

It’s not entirely clear why the citizens of Valdosta petitioned Emory in 1927 to create a two-year college in their town. The state had established a “normal college,” or teachers’ college, in 1906 but didn’t provide funds to open it until 1913. In 1922 the college was renamed Georgia State Woman’s College, so perhaps the dedication of the college to the education of women prompted the city’s leaders to look for gender balance from Emory, which at that time educated mostly men.

Whatever the reason, the request came at an opportune time. Emory College was revamping its curriculum to create a “lower division” and an “upper division,” essentially dividing the undergraduate student body into a two-year general-education college, after which students would specialize in their last two years. This concept translated easily to a campus almost in Florida. Students there could complete the same foundational courses as those on the Atlanta campus, then come to Atlanta for their last two years of baccalaureate work.

In 1928, with a gift of forty-three acres, a main building, and a $200,000 endowment from the city, Emory launched Emory-at-Valdosta. The building shown in the photo below served as the administration and classroom building.

The photo below, from the estate of Gardner B. Allen and held in the Rose Library collections, shows students, faculty, and administrators gathered on the steps of the Assembly Hall (now the AMUC) during “Junior College Day,” May 1930. Kneeling in front are, left to right, President Harvey Cox holding the hand of a little girl; Comer Woodward, dean of Emory-at-Oxford; William B. Stubbs 19C, dean of Emory-at-Valdosta; Goodrich White, dean of Emory College; and Theodore Jack, dean of the Graduate School. The children are unidentified. Stubbs, a Rhodes Scholar, had practiced law in Savannah before becoming the founding dean of the new junior college in Valdosta. 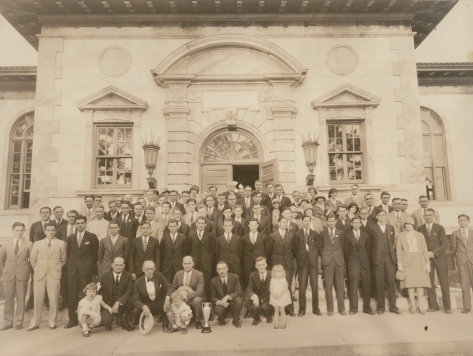 During World War II, Emory closed the Valdosta campus and transferred faculty and students to Atlanta. For a short period after the war, enrollment climbed to nearly 250, but when the state decided to enlarge the women’s college and make it coeducational in 1950, the death knell sounded for the Emory junior college. As Emory’s higher tuition made competition with the state university challenging, enrollment at Emory-at-Valdosta slipped to sixty-five students in the spring of 1953. That May, the trustees of Emory, facing continuing deficits at the junior college, voted to offer the campus and its endowment to the University System of Georgia. The regents quickly accepted and incorporated the land and buildings into Valdosta State.

The original Emory building still stands on Pendleton Drive in Valdosta, now surrounded by other, more imposing structures that are part of the state university and the South Georgia medical Center. 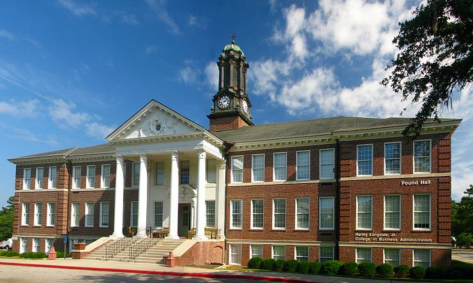